Under the category of "mildly interesting", I've been playing with my terminal emulator again. Let me tell you about it.

For the past several months, I've been using rxvt-unicode (or urxvt, as it is more commonly known) as my terminal emulator. Among other nice things, urxvt supports the use of up to 88 colors (the standard being 16).

Unfortunately, urxvt kept (because rxvt, its parent project, also kept) some rather obnoxious quirks from xterm, such as the method for configuration. Editing ~/.Xresources is fine (until I inevitably forget to run xrdb -override ~/.Xresources and the system state can be best technically described as "confusing", due to daemonization).

But there's more. urxvt's relationship with perl approaches worship, going beyond making the emulator extensible in perl to embedding a perl emulator within the terminal itself. I'd be able to entirely look the other way if the key were something reasonable, unlike what they chose: M-s.

To rebind a key for urxvt, one needs to customize a variable in .Xresources; in this case, the variable is URxvt.keysym.Meta-s. But restoring the behavior of "please pass this key through" is not as simple as setting the key to blank. Rather, it needs to be set to the appropriate escape sequence (think URxvt.keysym.Control-Up: \033foo).

If anyone arrives here due to a similar problem, I resolved the conflict by setting URxvt.perl-ext-common to not include "default", which causes it to no longer embed the perl interpreter.

Since I was already thinking about terminal emulators, I decided to do an experiment. In the course of trying to fix the above problem, I had installed xterm. I also installed a 256color build of urxvt and subsequently noticed that urxvt and xterm (at least in emacs) don't handle 256colors the same way: 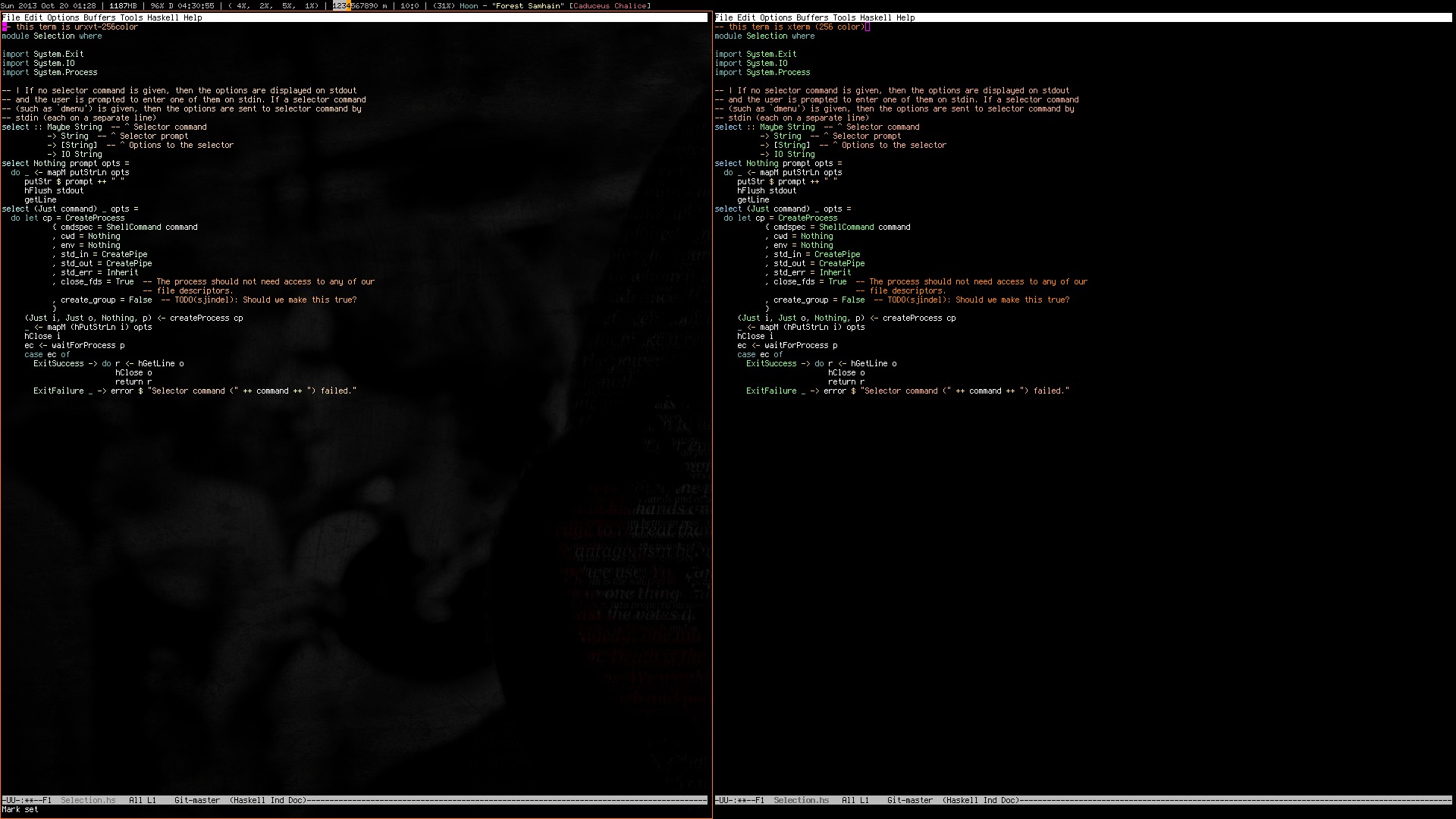 Bizarre. Please note that these pictures are large; click on them for more detail.

And one more, this time including a libvte emulator as well: 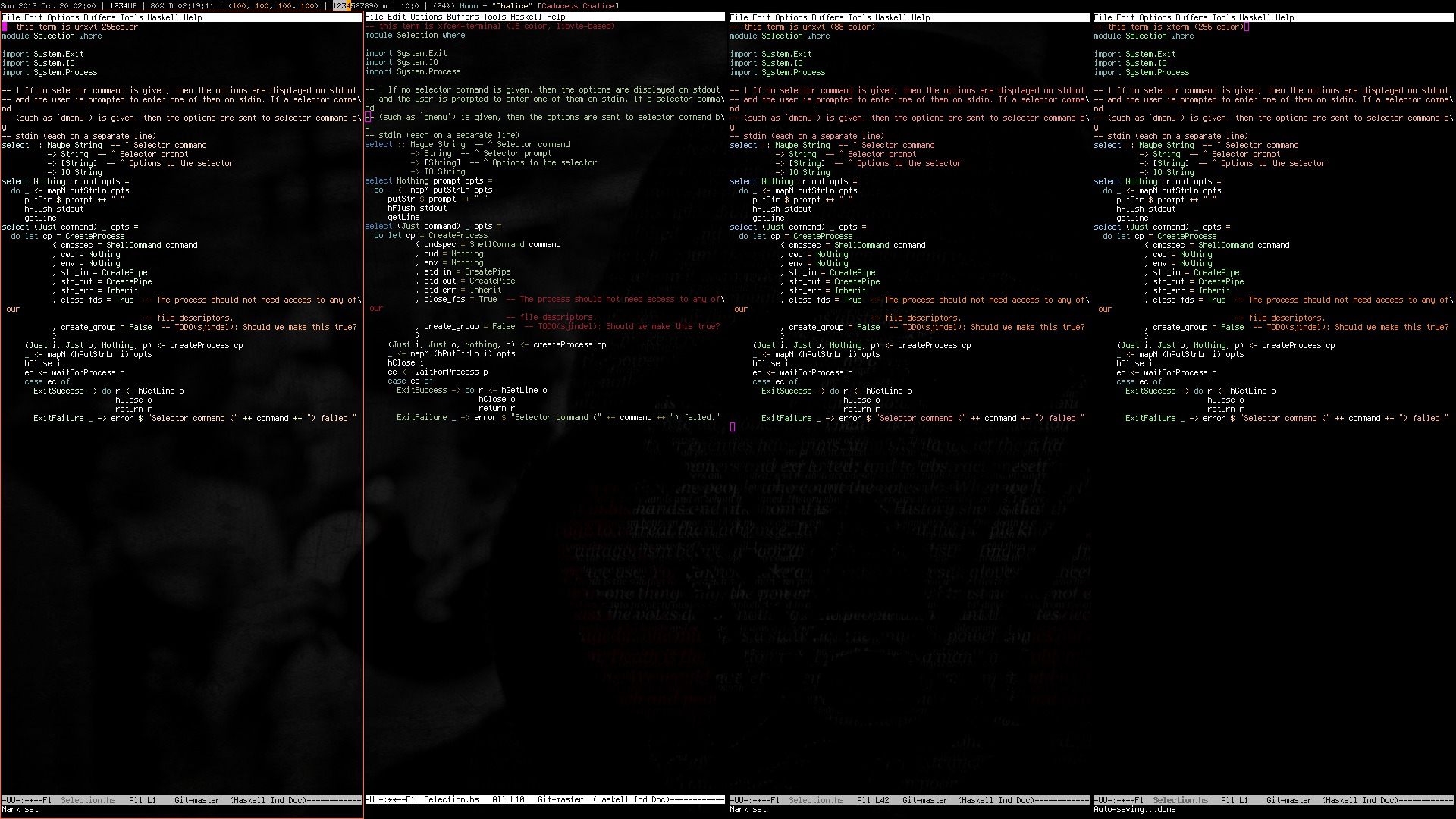 The emulator in question (xfce4-terminal) does support 256 colors, but somewhere in the chain of termcaps and emulating xterm, that information is lost. Colortest does show a 256 color grid, but no other application seems to realize that the emulator is, in fact, full 256 capable.

The source file is Selection.hs, part of my pwman project. Each terminal is running a separate emacs instance, bypassing my configuration (emacs -q) on my laptop (Debian Wheezy). I have magit installed, and this file is under version control (which is the source of the modeline).

Thanks for reading; hope you found it interesting!